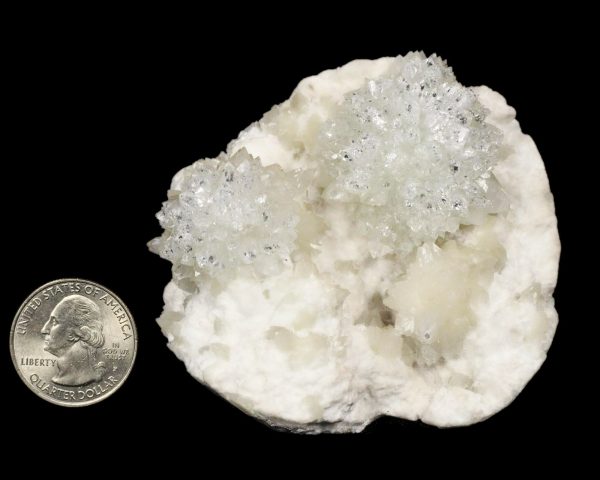 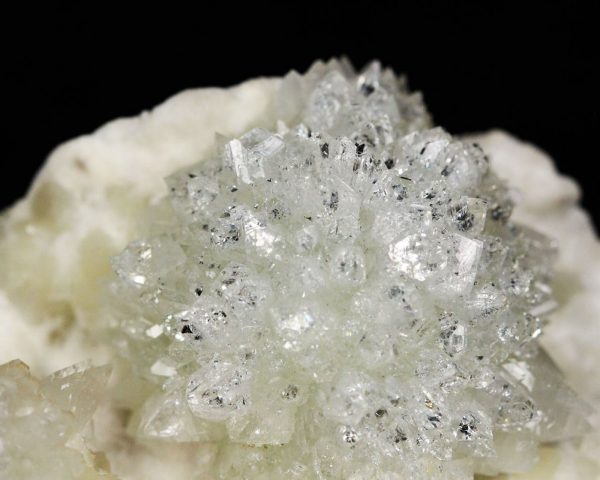 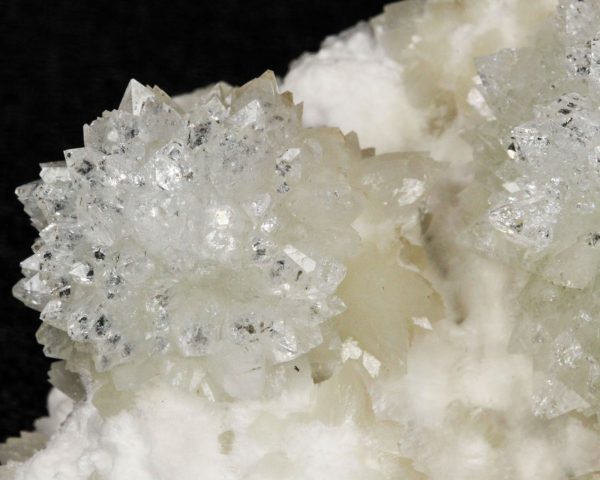 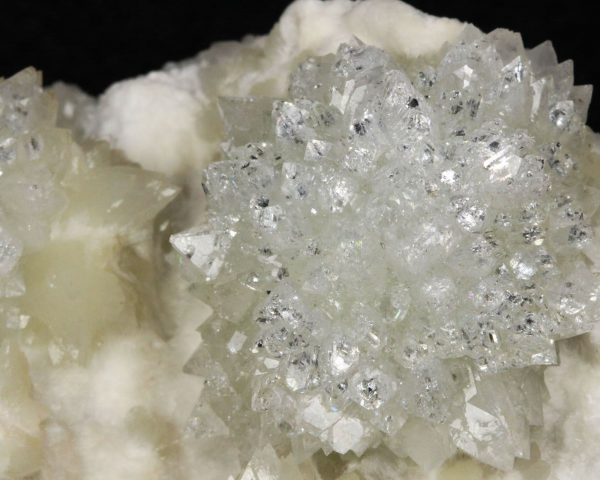 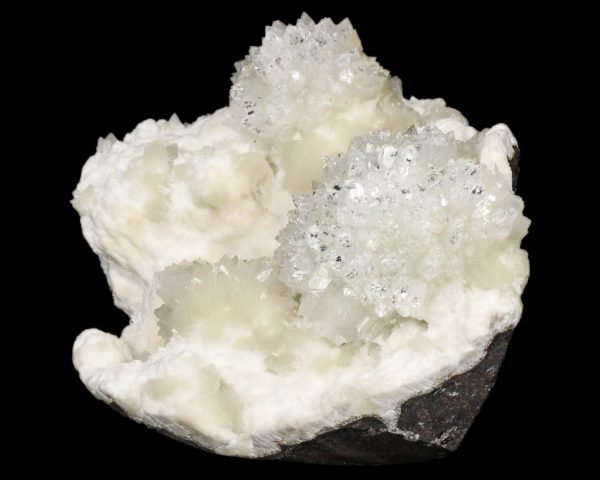 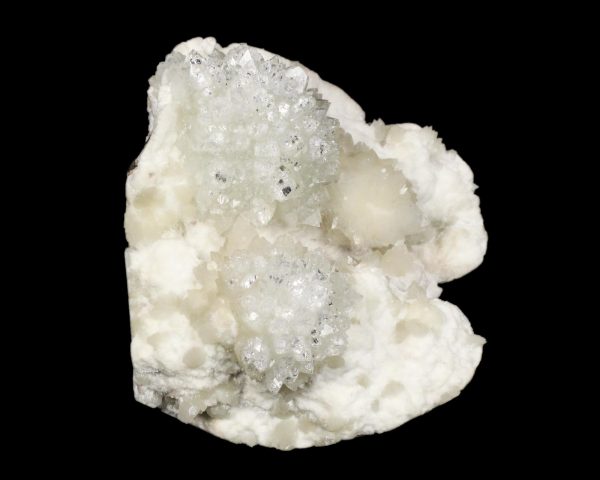 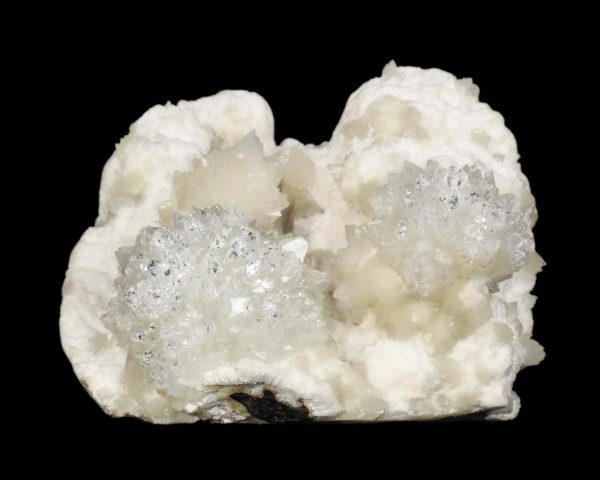 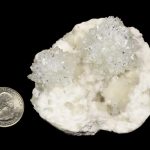 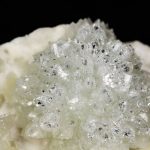 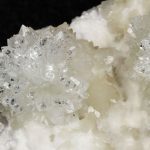 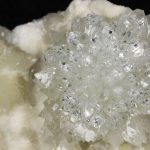 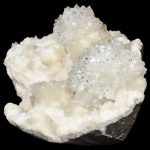 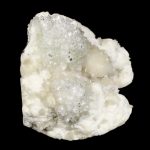 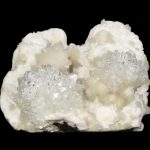 This piece features three clusters of radiating sprays of lustrous, pointed prismatic pyramidal Apophyllite crystals on Mordenite. The three clusters show an interesting transition, in that the initial crystal development was translucent and slightly off-white tinted, while the subsequent development became colorless and water-clear. The smaller of the three clusters had just began the transition while the two larger clusters fully transitioned, and those two clusters are simply spectacular. The luster is that of a faceted diamond, the contrast between the vitreous luster of the Apophyllite and the silky Mordenite is incredible as is the symmetry of the clusters to the Mordenite matrix. Almost all of the Apophyllite coming from the well pockets in Ahmednagar, Maharashtra, India, have featured radial sprays of green, flat-terminated Apophyllite crystals, making this specimen a unique, if not rare, find. No damage.