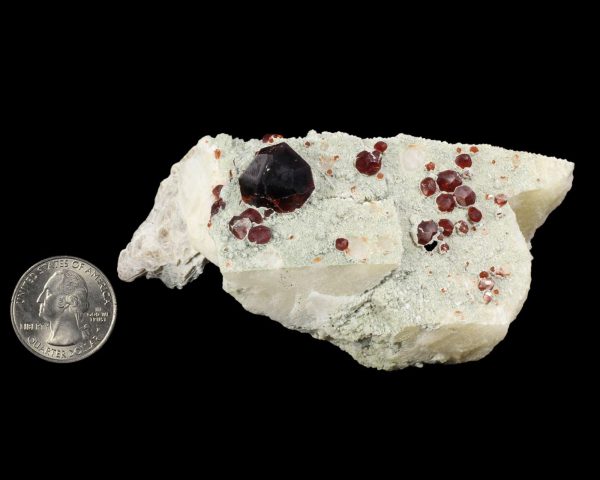 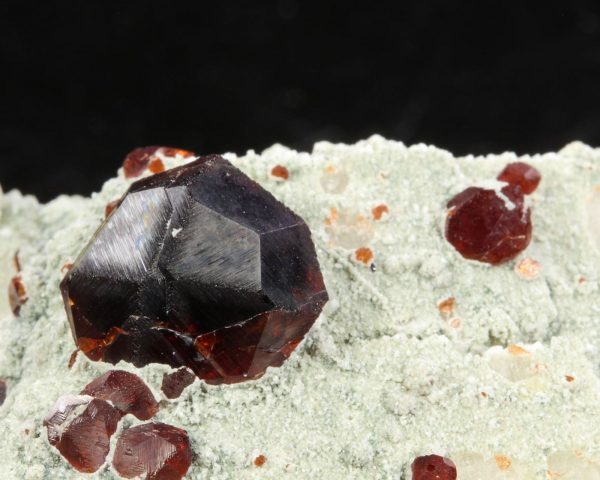 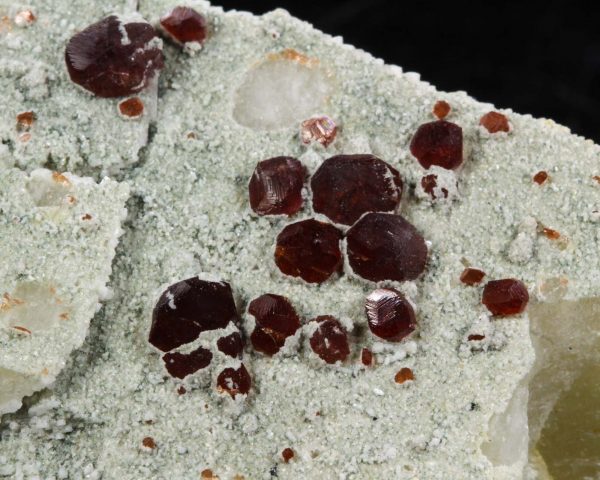 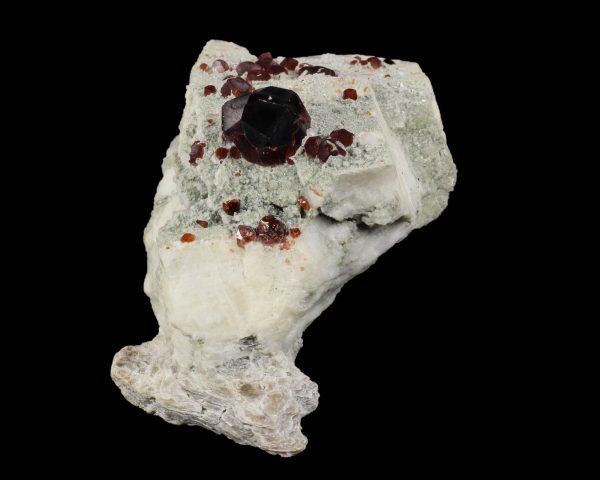 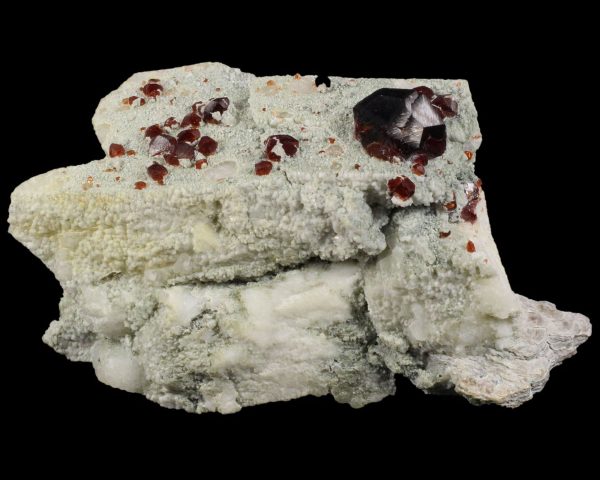 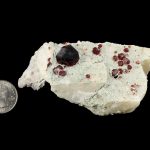 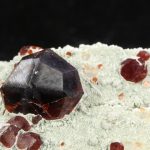 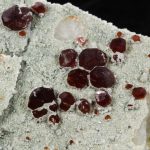 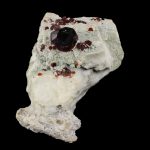 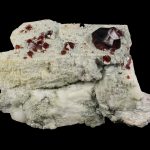 Garnets are found in metamorphic rocks, and due to shifting earth movements many specimens of garnet will have natural fractures. This particular piece displays that very process: upon closer inspection you will see a portion of the host metamorphic rock (notice the mica and Albite) has shifted directly under the Garnet, causing natural fractures on the host material and a minor fracture in the large Garnet crystal. Over time, given conditions conducive to further crystal growth and development, fractured pieces can re-heal, thus reconnecting what was previously shifted apart. On this piece you will see that the fractures in the host material do not encircle the entire fragment thus exhibiting self-healing (vs a crack that encircles the entire fragment, generally resulting in a separated fragment that either requires a repair or relegates the piece to the rock pile). The large Garnet crystal sustained some minor fracturing and self-healing itself as a result of being attached to the shifting host piece but they are not obvious nor detracting from the piece in the least, and if one searches, this is a very common and quite natural occurrence. The Garnet crystal is really beautiful and its faces are large and well-defined. In addition to the main crystal there are numerous small garnet crystals all over the piece. As a whole I think this piece is really eye-catching with great contrast and a large, well-defined, deep blood-red Garnet perched on top!